FYI . . . click on any photo to open an enlargement in a new window. 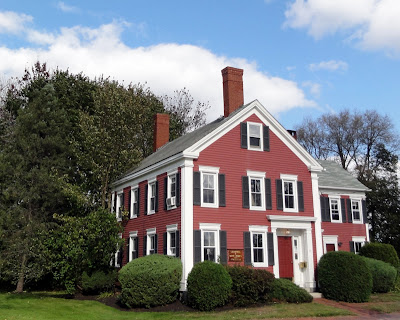 The death of Mrs. Lizzie J. Brackett, wife of Peter Brackett of Saco, occurred at her home, 74 Beach street, about 5 o'clock Tuesday night at the age of 70 years and four months, after an illness of comparatively a few hours. Mrs. Brackett, who had been one of the most active and interested women in patriotic circles, was stricken with apoplexy Monday, since which time until her death Tuesday evening her condition was most critical. She was born in Scarboro, and was the daughter of William T. and Olive J. (Goodwin) Merrill, and was the oldest of a family of 11 children. Mrs. Brackett had lived for many years in Biddeford and Saco, where she has been a prominent member of the Pythian Sisterhood, the Golden Cross. She was also a member of the Christian Advent church on Hill street. She was possessed of most generous characteristics and was a friend in time of need. Besides her husband Mrs. Brackett leaves three brothers, Daniel H., George and Fred of Pine Point, and three sisters, Mrs. Phoebe Tripp of Gorham, Mrs. Nellie Sullivan and Emma Snow of Pine Point. The funeral will be Friday afternoon at 2 o'clock from the late residence. Relatives and friends invited without further notice. Biddeford Daily Journal, Biddeford, York County, Maine, Wednesday Evening, July 26, 1911, Page Eight.